The magic begins with the smoke slowly dancing across a pure proscenium screen. It twists and waves, apparently following the haunting notes of the wind section of the Adelaide Symphony Orchestra. As the oboes overlap the strings, the passion and drama of the melody builds up, then fades away, echoing the trajectory of the fateful relationship at the heart of Tolstoy’s masterpiece.

The lighting changes, new screens are set up and, thanks to the combined genius of the scenography by Tom Pye and the projections by Finn Ross, we are immersed in a 19eRussian station of the last century, the careful lighting in chiaroscuro (David Finn) and the monochrome color palette evoking a scene on the big screen. Train vapor hangs in the air as a station attendant (exquisitely executed by Marcus Morelli) leaps and flies across the stage, much like smoke has done before him.

As the guard falls to death on the rails, Anna (Robyn Hendricks) and the future lover Vronsky (Callum Linnane) approach each other on the station platform, step back and approach again. Eventually, the two sections of the platform are whirled around like duo partners, carrying Anna and Vronsky on stage to the right and left, before bringing them together front and center.

Audiences are transported to a 19th century Russian train station in the opening scenes of Anna karenina. Photo: Jeff Busby

This breathtaking prologue is just one example of the intricate interweaving, layering and echo of the story / music / dance / set / lighting / costume that connects the ensemble. the fabulous production.

The libretto (Valeriy Pecheykin) is the beautifully balanced starting point of this interlacing. The intense drama of the intimate pas de deux et trois trois is interspersed with spectacular, cinematic and large-group interactions. The pomp and splendor of Act I’s Moscow ball is counterbalanced by the golden simplicity of the peasants dancing in the wheat fields at the end of Act II. Train station scenes punctuate the beginning and end of the Anna / Vronsky relationship, while Kitty and Levin’s awkward pas de deux (exquisitely performed by Benedicte Bemet and Brett Chynoweth) is revisited with the joy and intimacy of true love. in act II.

But it is the perfect combination of choreographer Yuri Possokhov and composer Ilya Demutsky that serves as the backdrop for the clever fusion of past and present.

Possokhov’s choreography has an elegant fluidity that gives it a contemporary feel, although it is clearly rooted in classical ballet. The antics blend harmoniously into fouettes, the entrechats into grand throws. It’s complex (and no doubt difficult) work for dancers, but they make it seem effortless, especially Hendricks bending, stretching, and jumping with such watery fluidity it could be made of water. .

Likewise, Demutsky’s immaculate score (perfectly performed by ASO) pays homage to classical Russian composers such as Tchaikovsky and Prokofiev, but the occasional use of jarring notes and some of the variations on leitmotifs are very much present. 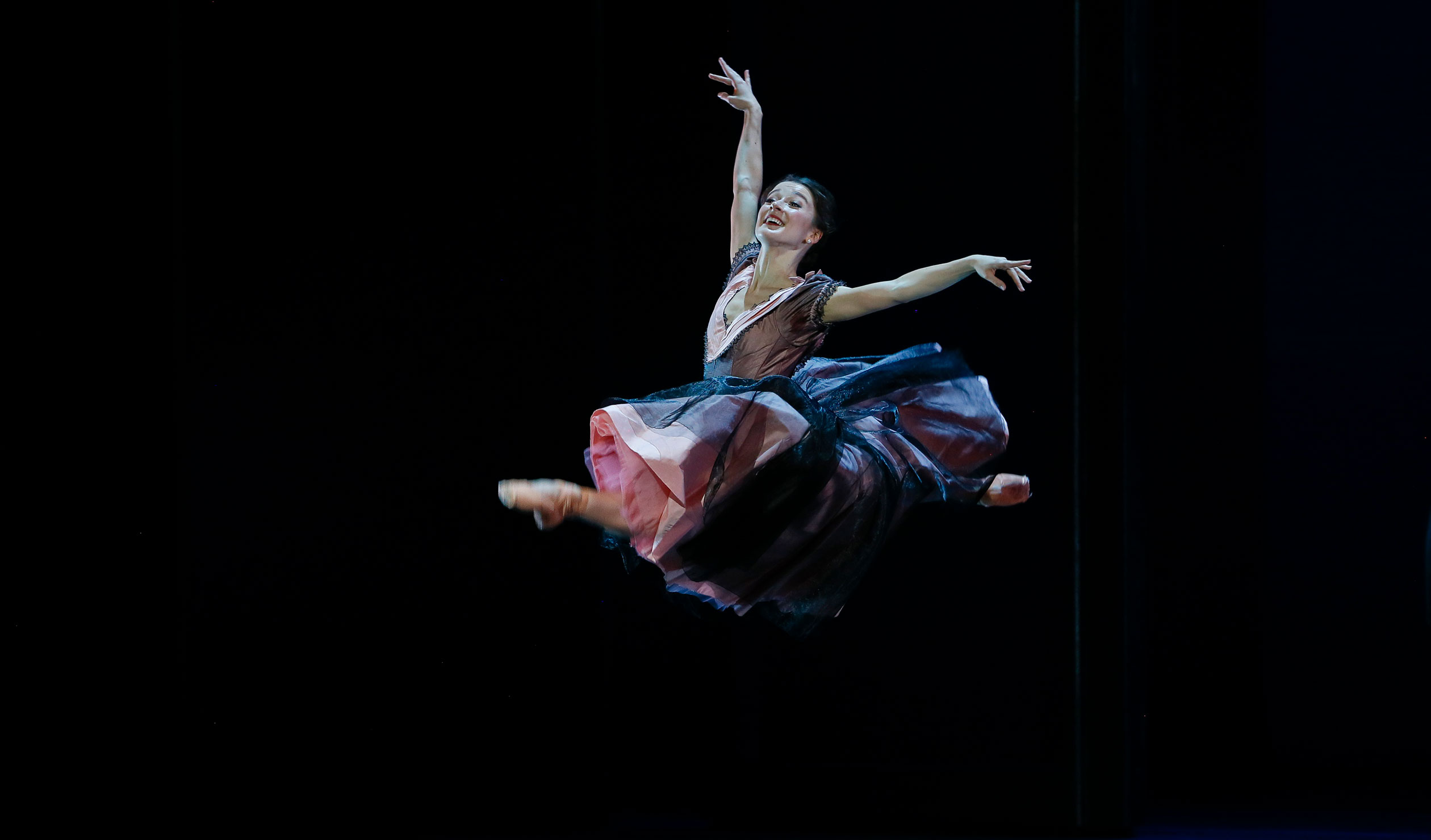 Bénédicte Bemet in the role of Kitty. Photo: Jeff Busby

It is perhaps this same vision of the composer and the choreographer that brings about the flawless fusion of music and movement. Often it seems that the dancers are not dancing to the music but inside. The station keeper’s solo at the start, Kitty’s delicate expression of excitement before the ball, Vronsky’s solo during the shoot, Karenin (Adam Bull) and his shadows dancing at the station while waiting for Anna, and the tormented solo d ‘Anna at the end of Act II are all perfect examples, but everywhere there is a feeling that the music inhabits the bodies on stage, lives through their movements.

Pye’s set and costume design also combines the old and the new to great effect. Meticulously researched (and absolutely gorgeous) period costumes are constructed from the latest fabrics so they’re light enough to dance to. Richly colored flocked wallpaper panels and period furniture evoke 19eRussia of the century, but the sparse decors with their rolling transparent screens are synonymous with the 21st.

Finn’s lighting and Ross’s projections do most of the work when it comes to the atmosphere, sometimes creating a literal backdrop (a train station or wheat fields), sometimes suggesting a backdrop or mood (a close-up of the legs and eyes of horses during the racetrack scene; a needle dripping with morphine when Anna delirium; the warm, amber light that sweeps across the country stages), always raising the bar of production a little higher. 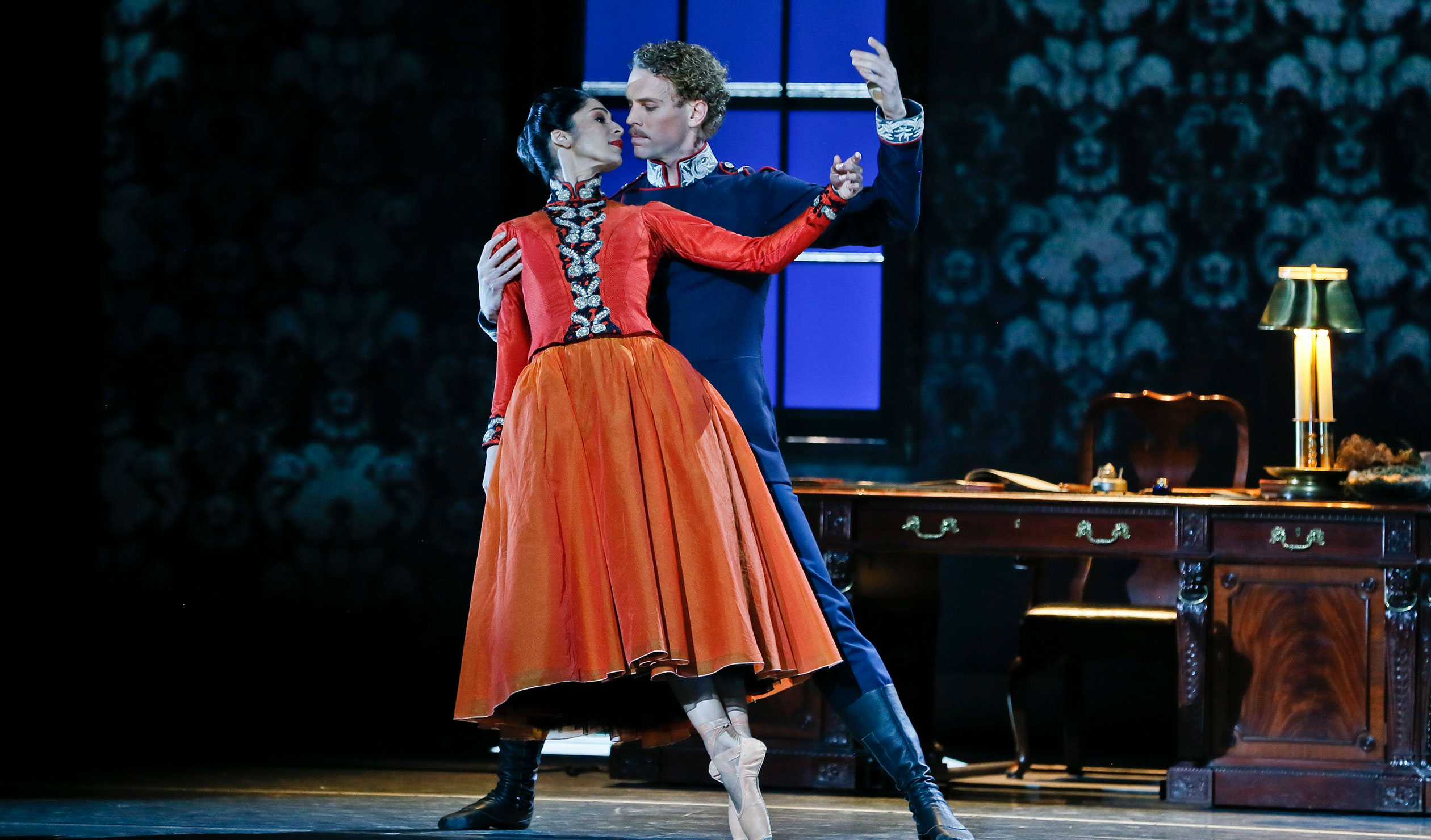 All in all, this is an exemplary adaptation that carries the Tolstoy classic in the 21st century while masterfully retaining its 19e– sensitivities of the century. We started off with the menacing flight of silvery smoke, but end with Levin happily dancing through leaves of golden sky. It conjures up an adjective that perfectly describes the breathtaking, world-class performance of the Australian Ballet: Heavenly.

The Australian Ballet presents Anna karenina at the Festival Theater until July 15.

Increase your impact by doubling your donations

When you agree to make a regular weekly, bi-monthly or tax-deductible monthly donation to InReview, each scheduled donation will be matched by Creative Partnerships Australia. This means you are supporting twice as many InReview articles to order, edit, and publish.