Cheng Tsung-lung (鄭宗龍) recently premiered Send in a Cloud, the artistic director’s second play since taking over as head of Cloud Gate Dance Theater (雲門舞集) in 2020 from founder Lin Hwai-min (林懷民) . And judging by Taipei’s performance, he lives up to Lin’s legacy.

Its Chinese title, Xia (霞), evokes a panorama of changing colors on the horizon, which Cloudgate brought to life on stage.

Cheng says the performance was inspired by the bustling streets of Taipei’s Wanhua District (萬華), where he grew up, and his experimentation with hip-hop dance moves in this new work adds a new sense of hybrid cosmopolitan fluidity. .

With tours canceled due to COVID-19 and extra time at their home studio in Tamsui, Cheng took the opportunity to deepen the creative process, which resulted in a performance consisting mostly of solos and duets.

For example, in one notable section, Shao Hsing-wen (邵倖紋) appears as a silhouette in dim light against the bright zebra-like stripes projected onto the screen behind her, echoing the black lines on her green outfit. .

In this solo, Shao mixes the foot movement of Chinese opera known as “walking in the clouds” (雲步) with similar weight shifting by pop dancers in the style of hip-hop. This scene was danced to sarabande music from Bach’s Suite No. 2, which was also used by Lin in his Moon Water (水月, 1998). 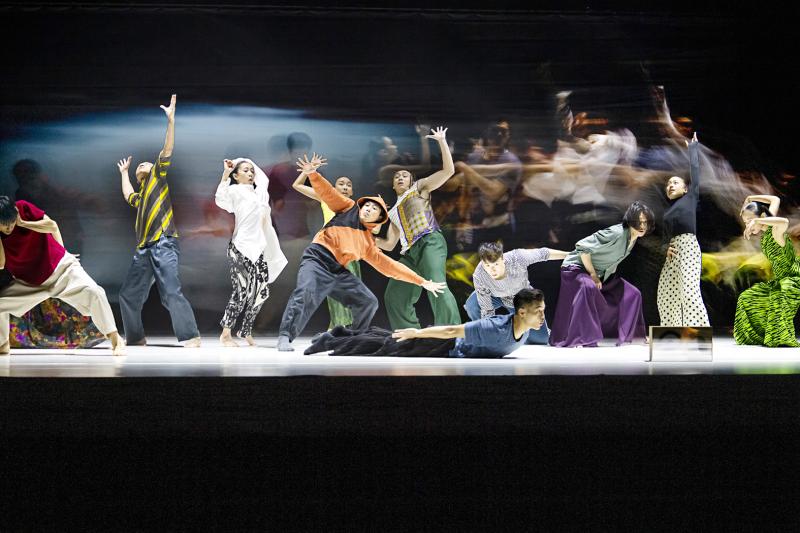 In another move, Cheng chose the saxophone version of Bach’s Cello Suites by Yasuaki Shimizu, which resonates with the dancers’ body rhythm.

Projection designer Chou Tung-yen (周東彥) invited the dancers to illustrate their inner landscape on paper, which he then transformed into a vivid collection of colors and lines, which were adapted by animator Wei Ho- ting (魏閤廷) on screen.

The highly individualistic costumes designed by Fan Huai-chih (范懷之) were carefully coordinated to complement the dancer’s virtuoso movements with the moving visuals behind them. 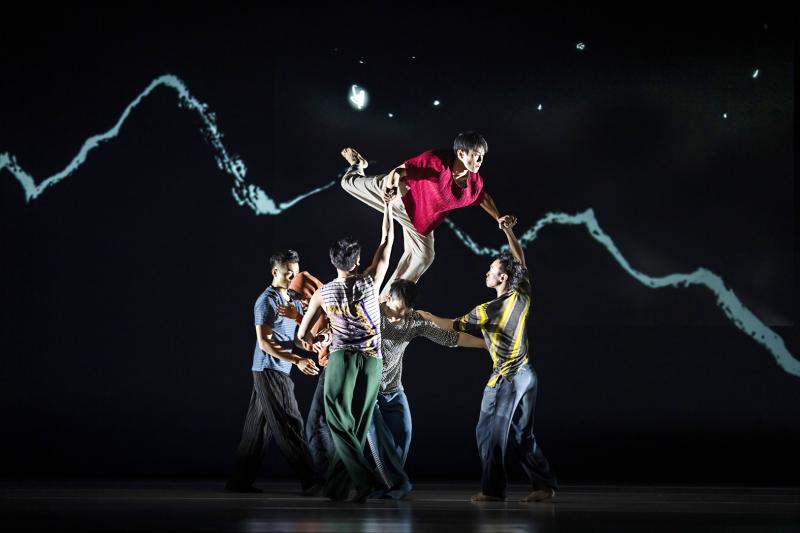 Although many parts of the performance are informed by the previous two years of pandemic life, Send in a Cloud ends with an uplifting finale.

Beams of colored light shine towards the audience, as a single figure dances fervently through a haze of white smoke, until the very end of the familiar prelude to Bach’s Suite No. 1, which opens the piece. This closure brings a sense of hope for the future.

Congratulations to the other collaborating artists, including lighting designer Shen Po-hung (沈柏宏) and Grammy Award-winning American sound engineer Maracelo Anez, who traveled from the United States for this production.

Send in a Cloud’s performance streak has come to an end, but Cloudgate will be on the 13 Tongues Tour from June 3-25. For ticketing information (Chinese and English), visit: www.cloudgate.org.tw.

Comments will be moderated. Keep comments relevant to the article. Remarks containing abusive and obscene language, personal attacks of any kind or promotion will be removed and the user banned. The final decision will be at the discretion of The Taipei Times.