By now you’d think Alvin Ailey’s famous dancers would be used to standing ovations and enthusiastic shouts in the middle of a dance. After all, for six decades audiences have cheered, cheered and demanded encore after encore of “Revelations,” Ailey’s seminal work that was performed around the world.

Now the company is back dancing in DC at the Kennedy Center Opera House through Sunday, and you can bet on an uplifting show with at least one encore of “Revelations.” This alone is worth the cost of your ticket and parking (now $25 at the center). What a wonderful start to Black History Month!

‘Revelations’… alone is worth the cost of your ticket…

Ailey’s dancers know how to entertain and they revel in “revelations” and other dances designed to celebrate Alvin Ailey’s Texas roots – being a black man in the South and, most importantly, going to church on a Sunday. morning – all part of his legacy. While we lost Alvin 32 years ago, his legacy lives on. Robert Battle now runs the Alvin Ailey Company, with support from former Ailey dancers and choreographers. 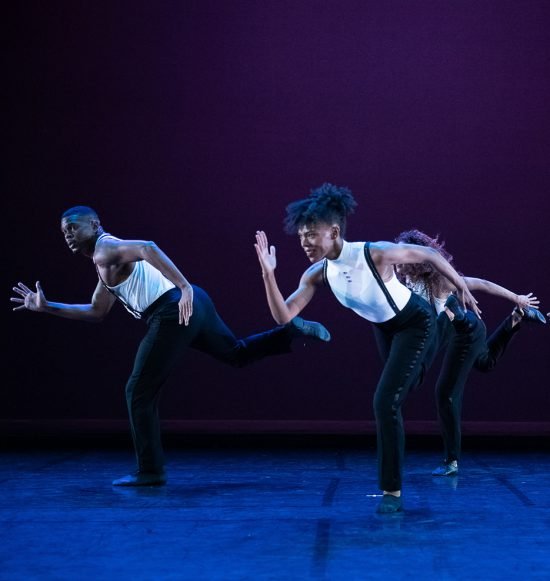 These were my thoughts on the two new works and the two familiar dances. During “Revelations,” to a medley of clapping gospel songs, some people swayed in their seats during the 35-minute “ballet,” as Alvin Ailey called it. Others were silent during “Fix Me Jesus” and “I Wanna Be Ready,” while the cheers were thunderous for “Sinner Man.” Lloyd A. Boyd III, Christopher R. Wilson and the amazing Kanji Segawa were phenomenal.

I watched Baltimore’s own prima ballerina, Jacqueline Green, raise her white umbrella to the heavens in “Wade in the Water,” then spin around and around changing her grip on the handle as she walked away. She was joined by Vernard J. Gilmore and dancer extraordinaire Samantha Figgins, who dazzled us in other works on the opening night program.

The whole company — women wearing floppy hats and holding fans like they were at a church gathering — soared in “Rocka My Soul in the bosom of Abraham.” There’s no doubt that “Revelations” still serves well as the company’s final socko number.

Yet the night belonged to Constance Stamatiou who performed “Cry,” Ailey’s 1971 birthday present to her mother, dedicated “To all black women everywhere, especially our mothers.” Dressed in a white top and a long ruffled skirt, Stamatiou begins her solo by slowly evolving to a song by Alice Coltrane. A large white scarf becomes a mop, a turban, perhaps a shroud, as it recalls the sometimes sad, sometimes proud heritage of a black woman.

Then she writhes in agony at Laura Nyro’s lament, “Poverty Train.” Finally, she raises her arms sobbing, marking with joy an uplifting spiritual song sung by the East Harlem choir echoing “freedom.” Along with her stage magnetism and dramatic projection, the nimble dancer is an expert in these amazing African moves.

There were other special moments in the Kennedy Center program. The premiere of Jamar Roberts’ “Holding Space” proved to be a showcase for new members of the company. Again, dressed in white, the 13 dancers moved around each other, never touching and finding individual space to electronic music – a reflection of isolation during COVID and an escape into a world of futuristic sound. .

“For Four” is a snazzy and jazzy new work from artistic director, Robert Battle. Again, we see the four dancers perform individually, never getting closer to each other than the socially distanced six feet. But a single note from Wynton Marsalis’ score brought cheers, and once again the audience cheered.

Duration: 2h20 with 2 intermissions of 15 minutes.

The Alvin Ailey American Dance Company is performing now through Sunday, February 6, 2022 at the John F. Kennedy Center for the Performing Arts, 2700 F Street, NW Washington, DC 20566. Although you can’t miss picking one of the five remaining concerts, Robert Battle celebrates its 10th anniversary with an extraordinary line-up. For more information and tickets for this dance series, visit here.

Get them early and experience The REACH at the Kennedy Center as it shines again with the return of the Winter Lanterns, a free exhibit of approximately 100 stunning lanterns made up of 10,000 colorful LED lights, all made by Chinese artisans. To celebrate the Lunar New Year, “Winter Lanterns!” through Sunday, February 6, 2022. REACH Winter Lantern Hours: Thursday-Saturday 5:30-9:30 p.m. and Sunday 4-9 p.m.